Fishlove was established in 2009 by Nicholas Röhl, co-owner of MOSHIMO, and the actress Greta Scacchi, to raise awareness of unsustainable fishing practices that contribute to the destruction of the marine ecosystem of the planet. Since then, the images from Fishlove have ensured that the subject of overfishing has been displayed on the covers of glossies and in the media around the world. You will find several different series on the website, and if you make a donation you can also download the photographs.

Fishlove is produced by MOSHIMO, a Japanese restaurant in Brighton. It is not part of an international chain, but rather a local restaurant that is internationally recognised for its cuisine, as well as its community involvement and initiatives. On this particular project, top photographers, actors and celebrities from the world of film, music, art and culture have generously contributed.

The 2014 series will be presented shortly, photographed by the talented British photographer, John Swannell. 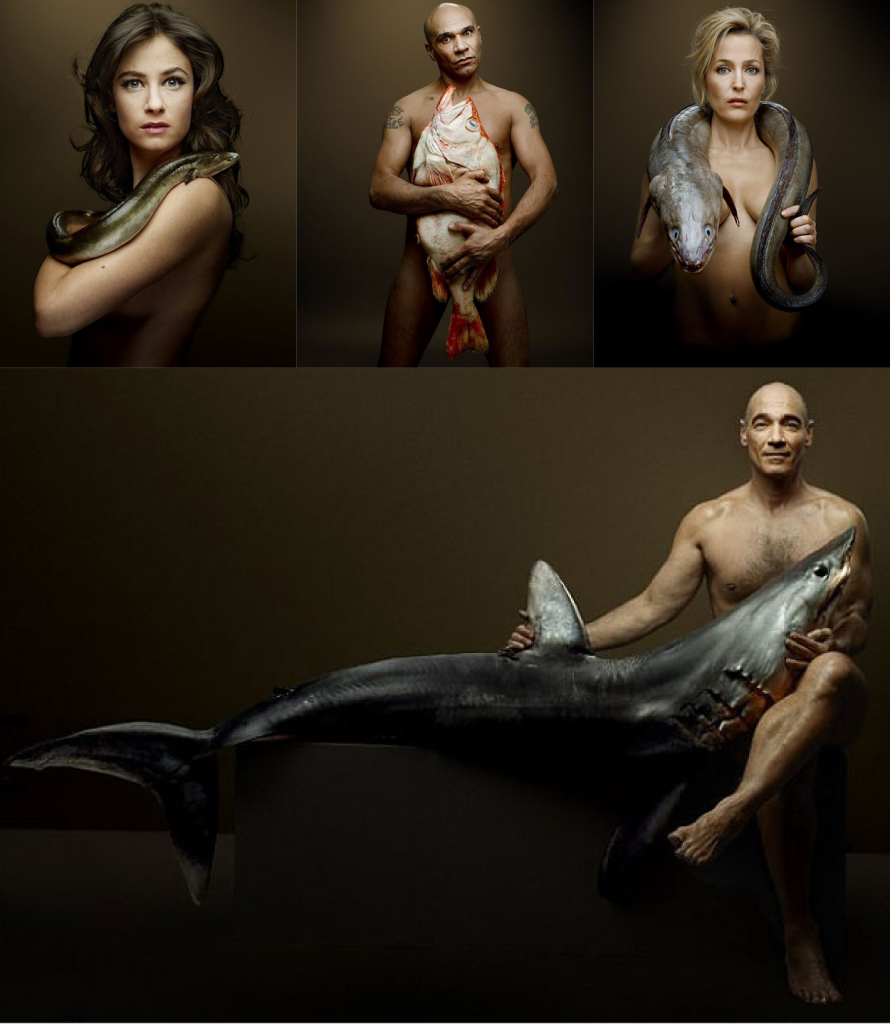